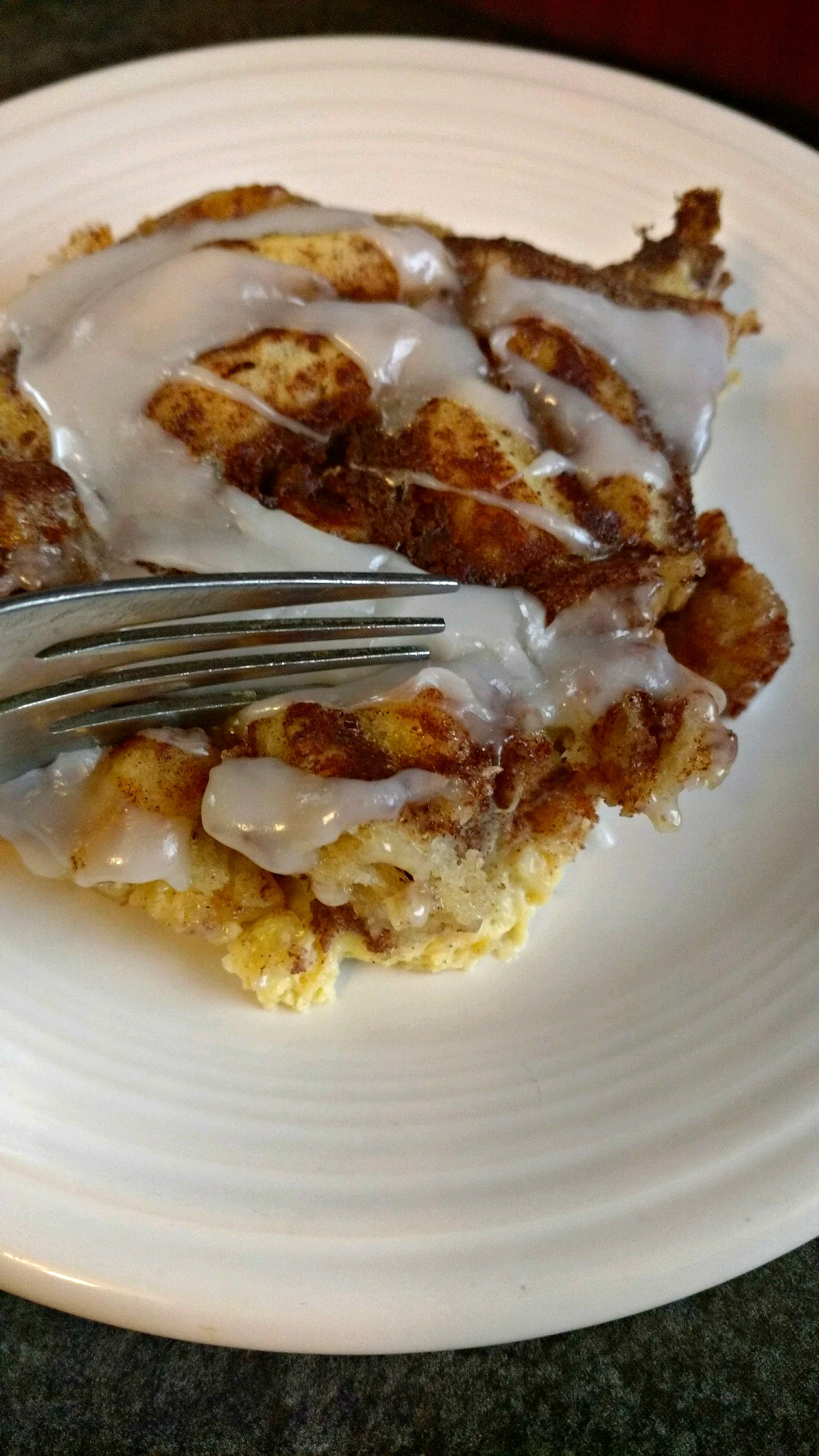 Every weekend my youngest daughter wants cinnamon rolls. My oldest and I like eggs. So this weekend, we compromised and I made a casserole that had both in one.

Breakfast casseroles are family pleasers and actually easy to make.  The base of this Cinnamon Roll Breakfast Casserole is refrigerated cinnamon rolls, but we step the recipe up to add eggs, butter, maple syrup, pecans and of course the drizzle frosting at the end!

The thing I love the most about  breakfast casseroles, is they can be prepared the night before. These are great on holiday mornings just remove the prepared dish from the refrigerator and pop them in a preheated oven and cook. No work necessary, and breakfast is ready quickly.

My kids love this recipe because of the cinnamon rolls and the icing on top! I love that it has a little extra with the eggs cooked in.

You’ll need a glass 13 by 9 casserole dish, a couple of logs of refrigerated cinnamon rolls, spices, maple syrup and butter.  I can’t wait to make it again.

Tried this recipe?Let us know how it was!
16 Shares