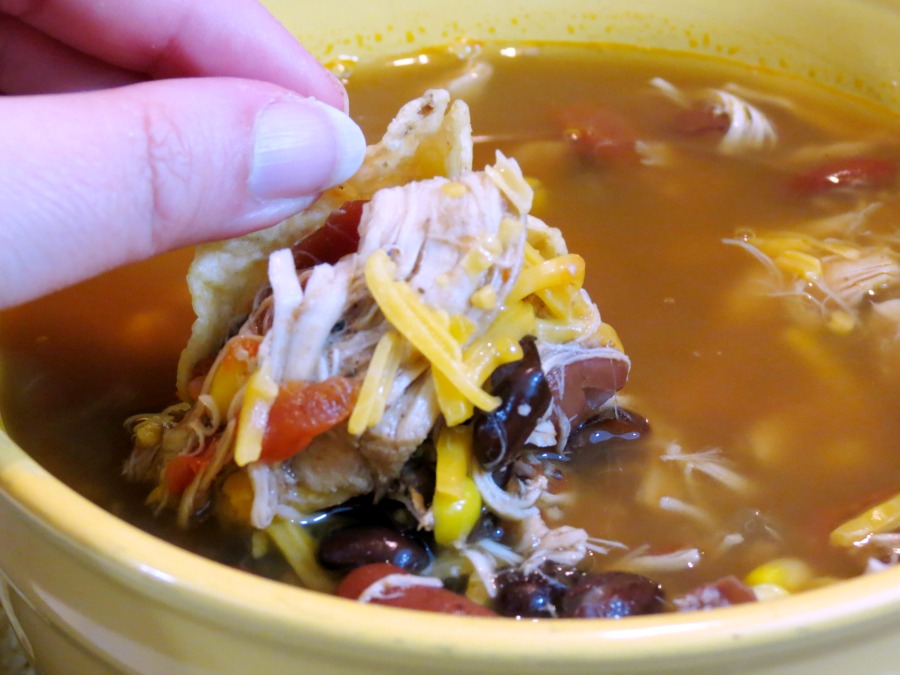 A family favorite is Slow Cooker Chicken Taco Soup.  It’s something I keep all the ingredients on hand, pull chicken out of the freezer and we’re ready.  We love eating the soup with sour cream and tortilla chips. It’s a great meal to have for leftovers thus we eat it for days.

Chicken Taco Soup is an easy recipe to use with the ingredients you have in your pantry.  I don’t always stick with chicken.  Pork or beef  can be used instead of chicken, as can Turkey.  I’ve even used leftover taco meat.  couldn’t taste the difference!

For the beans Chickpeas, Red Beans, Chili Beans and white beans can be used.   Do you want spicy soup?  Add a diced Jalapeno Pepper, and double the chili pepper and cumin. I’ve even made it with just a taco packet before instead of the regular seasonings.

I used a 6 quart Slow Cooker  to make the Slow Cooker Chicken Taco Soup.  Be sure to have a good sturdy storage bowl to store your left overs in.  This can even be frozen so you can eat your leftovers later.  If you do decide to freeze it,  wait to add the extra chicken broth until you have thawed it. 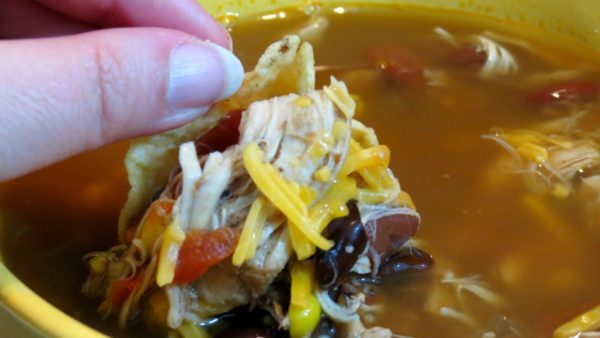